You are here: Home / Hunting / Kids in the Outdoors – Learn to Hunt with the Remington 700!

We all know that one child that wants to learn how to hunt. Whether they come from a family that hunts or, like me, they don’t have anyone to teach them, it doesn’t change their desire to learn. Children are always curious and willing to try new things.

My soon-to-be sister-in-law, Samantha, is 8. She has been begging her brother to take her hunting. He handed down his old turkey vest and a cheap box call to her. He taught her the parts of a gun and she has shot multiple different firearms including my Remington 870 20 gauge and an old Remington 580 .22lr. She comes with us to scout for turkeys before the season starts and we’ve taken her fishing more times than I can count.

This little girl has stayed up until 10:30 at night to help pluck ducks and geese and held the bags open so we could fill them with meat as we trimmed and cubed venison for stew.

Here are 6 steps to get them ready for their 1st hunt!

1) Make sure they know what it means to be a hunter. Sure, it seems like tons of fun to go sit out in the woods and watch the squirrels run around. However, not all kids understand what it means to take a life. Take the time to sit down with them and explain what happens when you shoot an animal. 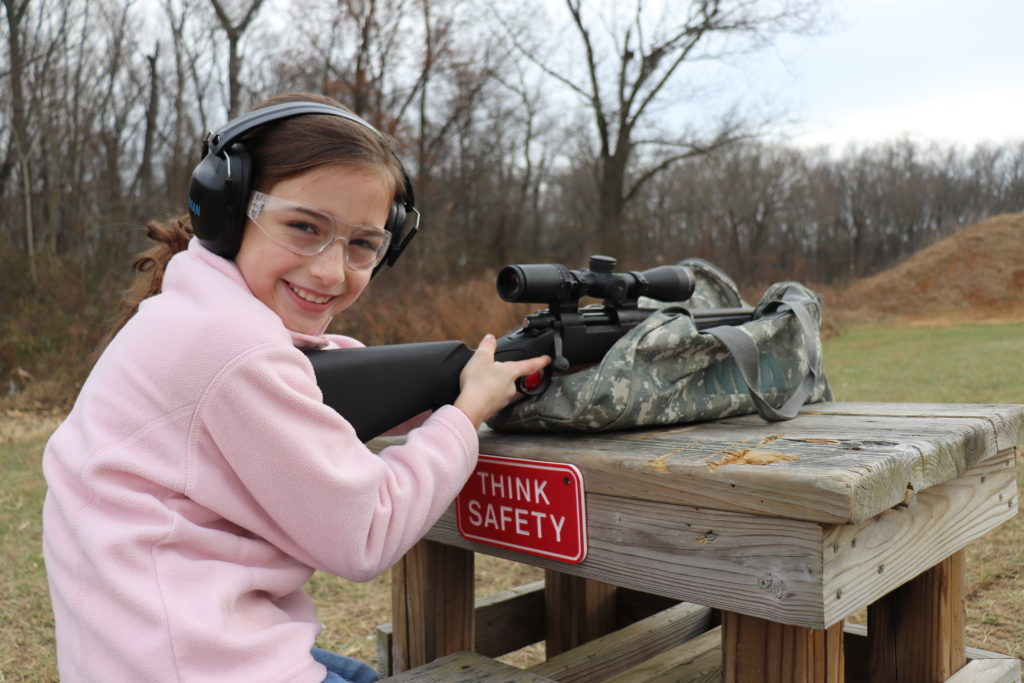 2) Take them out hunting with you. A great way to make sure they are truly committed to wanting to learn, take them hunting with you. The best way to take them with you is to set up a pop-up blind, 2-man ladder stand, or permanent tower blinds. This way they can move around a little bit more than normal. Children get fidgety when they are bored, so this is a good way to start out.

3) Teach them gun safety and how to shoot proficiently. The most important thing is safety! So many hunting accidents involve kids. So it is very important to make sure that we teach them all aspects of gun safety. Start off by showing them all the parts of the gun. Can they name them? Once they get the parts down, take them to the range and go over everything. If you think it’s unimportant, tell them anyway.

4) Find a gun that fits them best. So how do you decide what the perfect gun is for them to use? Part of that answer depends on your state laws. In Maryland, the smallest caliber rifle you can use is a .243 Winchester. What did we pick for Samantha? Wes and I decided on a Remington Model 700 SPS Compact. This youth Model 700 has almost no recoil thanks to the Remington SuperCell Recoil Pad. Included with this rifle is a length of pull kit so you can change it to fit you and them.

5) Scope or Open sights? The debate between using a scope versus open sights is endless. For kids, scopes are usually easier. Instruction consists of “See the 2 lines? See where the lines cross? Put that on the bullseye.” Easy enough. Teaching a young kid how to line up open sights? Not as easy… So what did we put on the Model 700? How about a Trijicon AccuPower 3-9x40mm? While it may seem like overkill for a kid’s gun, the 700 is great for adults too. Since the gun is so compact, it makes it great for stalking through the woods and aiming around trees. It’s also a very lightweight gun so you could easily hike with it. 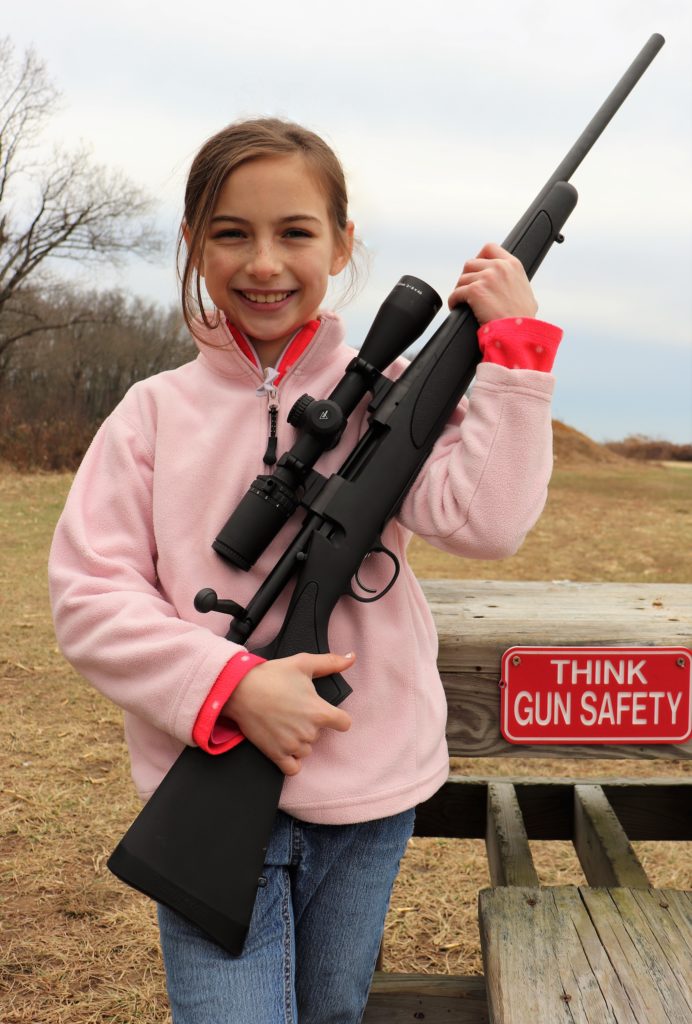 6) Let them try! This is probably one of the most important parts. Whether their first kill is a squirrel, a deer, or a fluffy bunny, whether they can pull the trigger is very important. The first animal I shot was a raccoon we had trapped on my farm. It took me a few minutes, or at least it felt that long, to finish the debate in my head and pull the trigger. I recommend letting them shoot something small, like a rabbit or a squirrel, before going after something like a deer or a turkey. If they can’t pull the trigger on a small critter, the deer and turkeys are going to walk right past you unharmed.

Big thanks to Schrader’s Outdoors and Molly’s Place Sporting Goods! We love you guys!